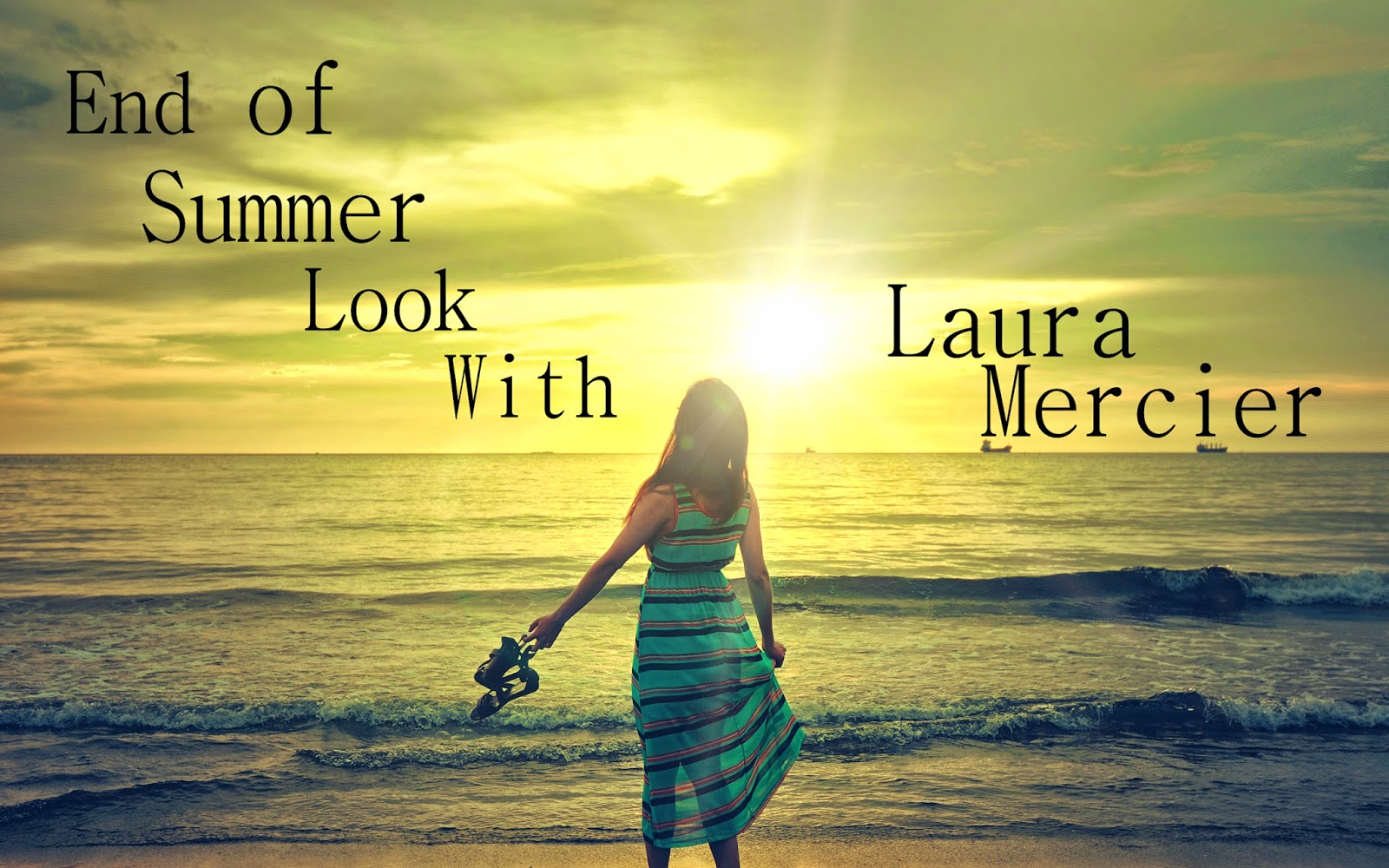 PR Samples: Hey Beautiful Dolls Summer is coming to a close, for some people August is the warmest weather for them in the season. It feels like that with Ohio, it's been really hot! And where did this year go by the way?!! I can't believe how fast this year has been going, well I have a few products that will look perfect for an end of summer picnic or a stroll around the beautiful scenery of the Fall season.

Back To School on a Dime with Essence Cosmetics 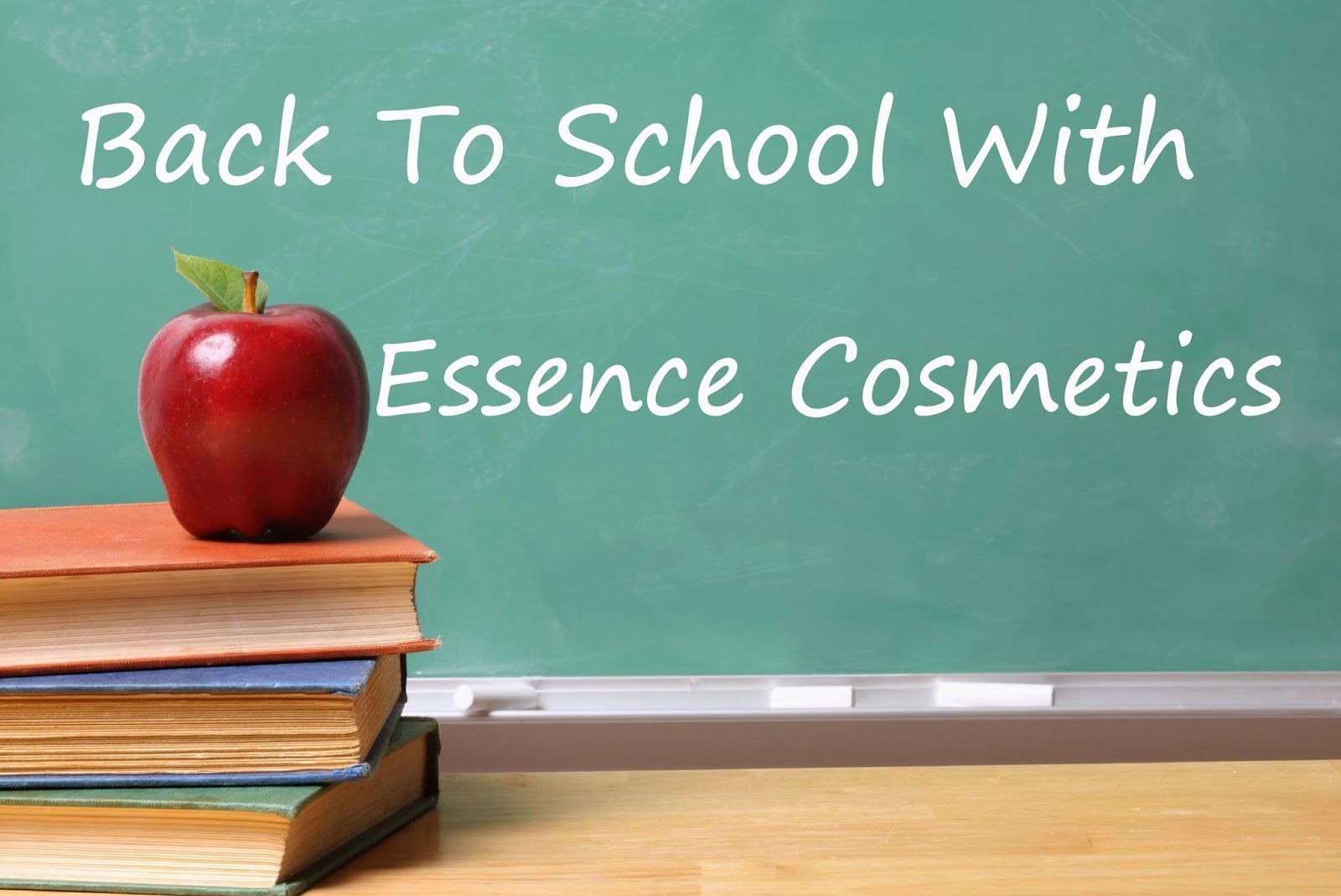 PR: School is Back in Session! and while we are out shopping for bookbags, clothes, and shoes. But we need to also shop for our new school season makeup products. Essence is a German based company that offers great quality performing products at an affordable price. So if you want to get Fierce on a Dime with Essence Cosmetics click read more: 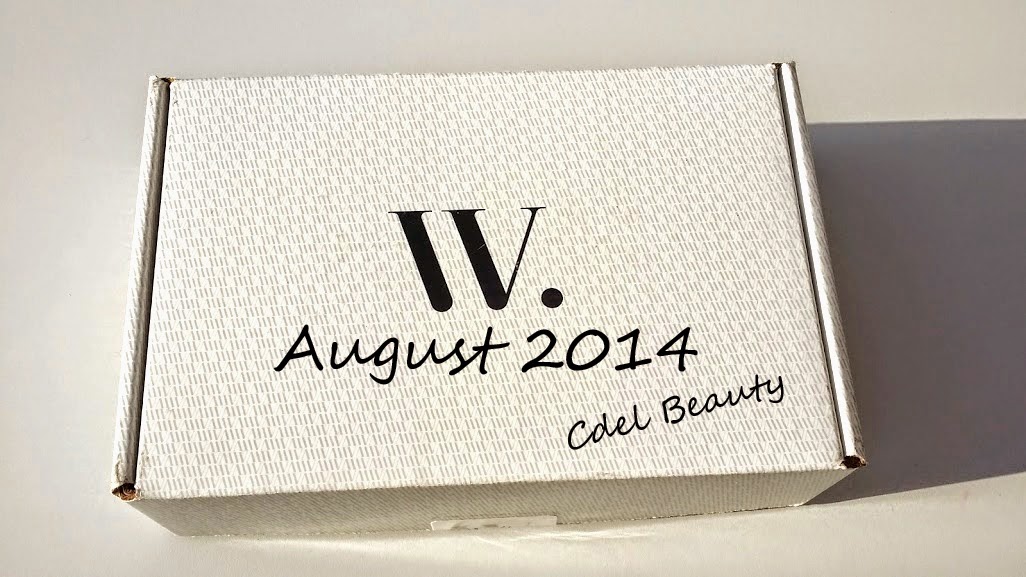 PRESS SAMPLE: Hey Dolls if you have been following me for a while then you know that I am in L.O.V.E with Wantable, and if you are new BIG COMPUTER HUGS!, lol. If you are not familiar with Wantable they are a monthly beauty subscription service who offers FULL SIZE makeup products, they also offer 2 other monthly services which are Intimates, and Accessories  boxes for $36 a month or a one time box for $40. You have to take a very intensive questionnaire and whatever is on your love, and like list you will get and you will never receive a product on your dislike list. If you do not like your box you can always send it back and get a full refund.  So let's get into this August Box Shall WE!!!??

Not Your Mother's Brand Feature and Review 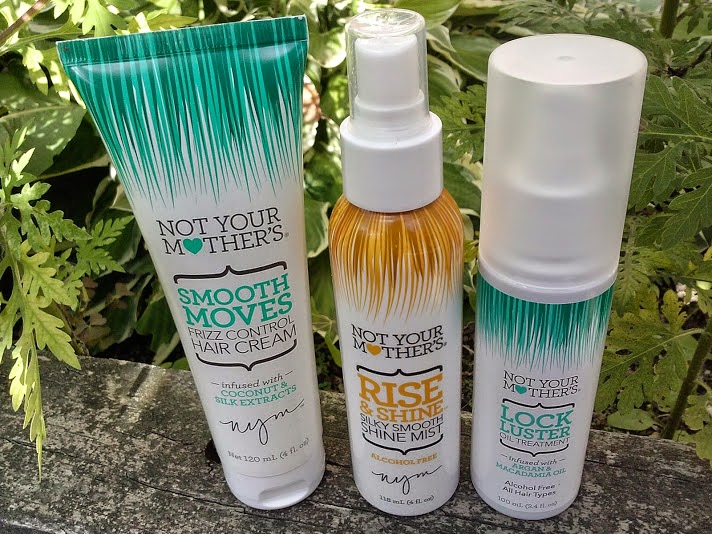 PR:  Not Your Mother's Brand Company motto is "Your style might come from the streets, the magazines you read or straight from the Catwalk. Trends fade, but true style never will. Confidence, creativity and class will always be in fashion. Dare to experiment with new styles, get inspired and embrace your own personal fabulousness. Don't follow others, make your own statement." I love it! Well Dolls I have 3 products to share with you today and if your a non volume, no frizz, glistening hair type of Doll these products are must have in your hair care collection and they Also do NOT TEST ON ANIMALS!. 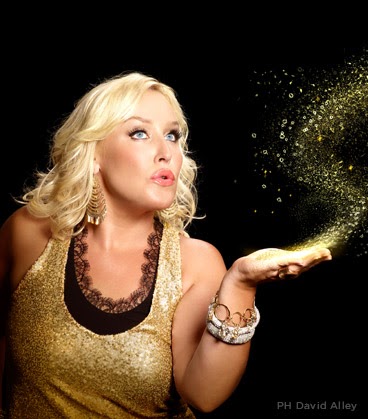 PR: Emmy Award–winning makeup artist Melanie Mills is one of Hollywood’s leading style-makers and beauty consultants, known for her glamorous flair, supreme talent, and vivacious personality. Melanie’s journey to glitter and glam began in Thousand Oaks, California. Born to a family of intelligent, strong, and capable women – each style icons in their own right – Melanie’s love affair with all things beautiful began early and carried her as she ventured out into the world, living, learning, and making memories that would leave lifelong impressions not only on her, but on those she encountered. GLEAM™ and Melanie have graced the pages of the nations leading magazines including Lucky, Allure, SELF, Redbook, and InStyle and featured on hit TV shows including Dr. OZ, Access Hollywood, and Hallmark Channel's Home & Family to name a few. With more than 9 career Emmy nominations, including a win for her work on ABC's hit show Dancing With The Stars, where she ran the department for 11 seasons, Melanie continues to be a trailblazer in her industry. 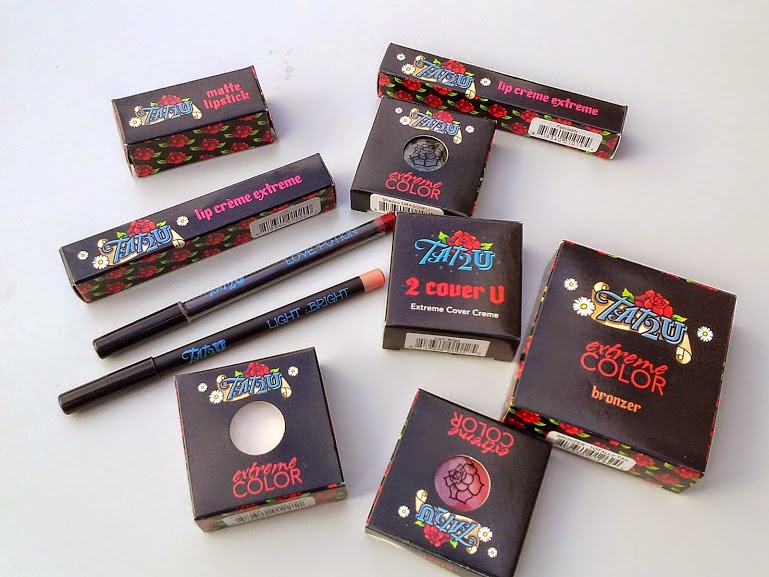 PR: Tat2U Makeup strives to develop a unique collection of items that allow you to express yourself for any look. They  believe in delivering the beauty industry with the highest quality and pigmentation in their vegan and cruelty-free products.

Have fun, be edgy and expressive, but most importantly Be You! Well  Dolls I am loving their products and I am so excited to show you the great quality performing products. 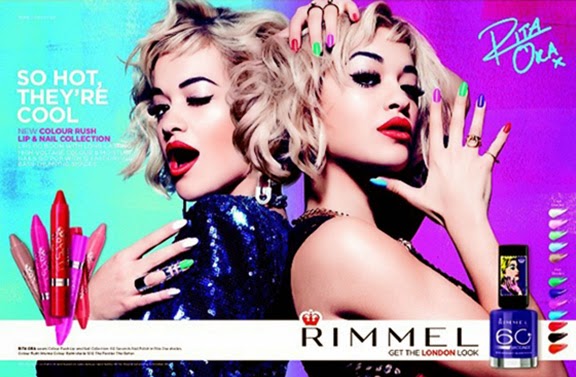 PR: Hey Beautiful Dolls!! I hope you all are having a wonderful fabulous August Day! I have some pretty freaking exciting news and products to share with you! Now, if you have been following me for a while or you just got hip to Cdel "Welcome Nice To Meet You" You would know I absolutely love! Rimmel London's products. I am always 98% of the time happy with the performance and quality of each product. But! Rimmel Really Out did themselves this time, now normally Rimmel London's product over the pond are amazing and a bigger selection than what they sell here in the US markets. Well my all time favorite who I love and inspires me Ms. Rita Ora did a collaboration with Rimmel and you could only find the products over seas BUT NOW THEY ARE IN THE US!!!! CLICK READ MORE! 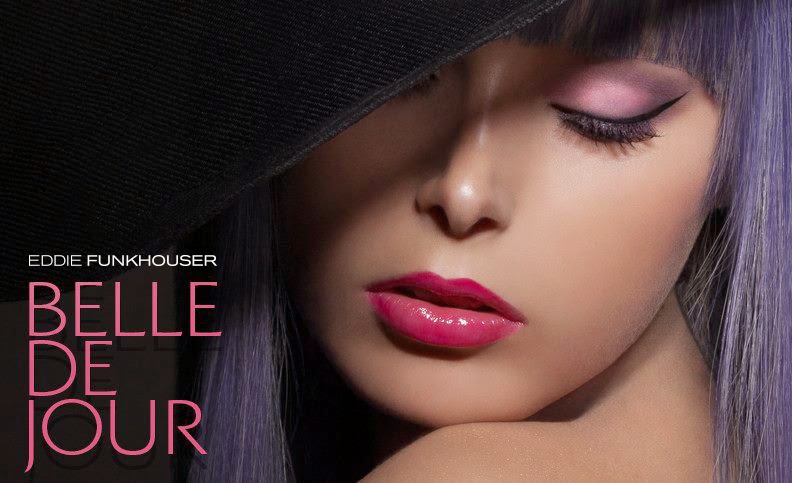 Hey Beautiful Dolls! Hope you all are having a fantastic August Day! I recently had the wonderful opportunity to meet the 4 Snaps Snaps of Fierceness Eddie Funkhouser! He has traveled the world, worked on many different people while splashing his FIERCE artistry on magazines and television screens. This laid the ground work for him to create his own cosmetics line, with his vision he wanted to deliver high quality performing products at a very affordable price tag. Nothing in his line is more than $14.99!  And!! All of his products are made in Italy! His Belle De Jour Collection for Spring and Summer 2014 is gorgeous, and FIERCE! And 1 of you dolls will be able to win 3 of the products I will be sharing with you. If you want to check out this amazing collection Just keep reading: 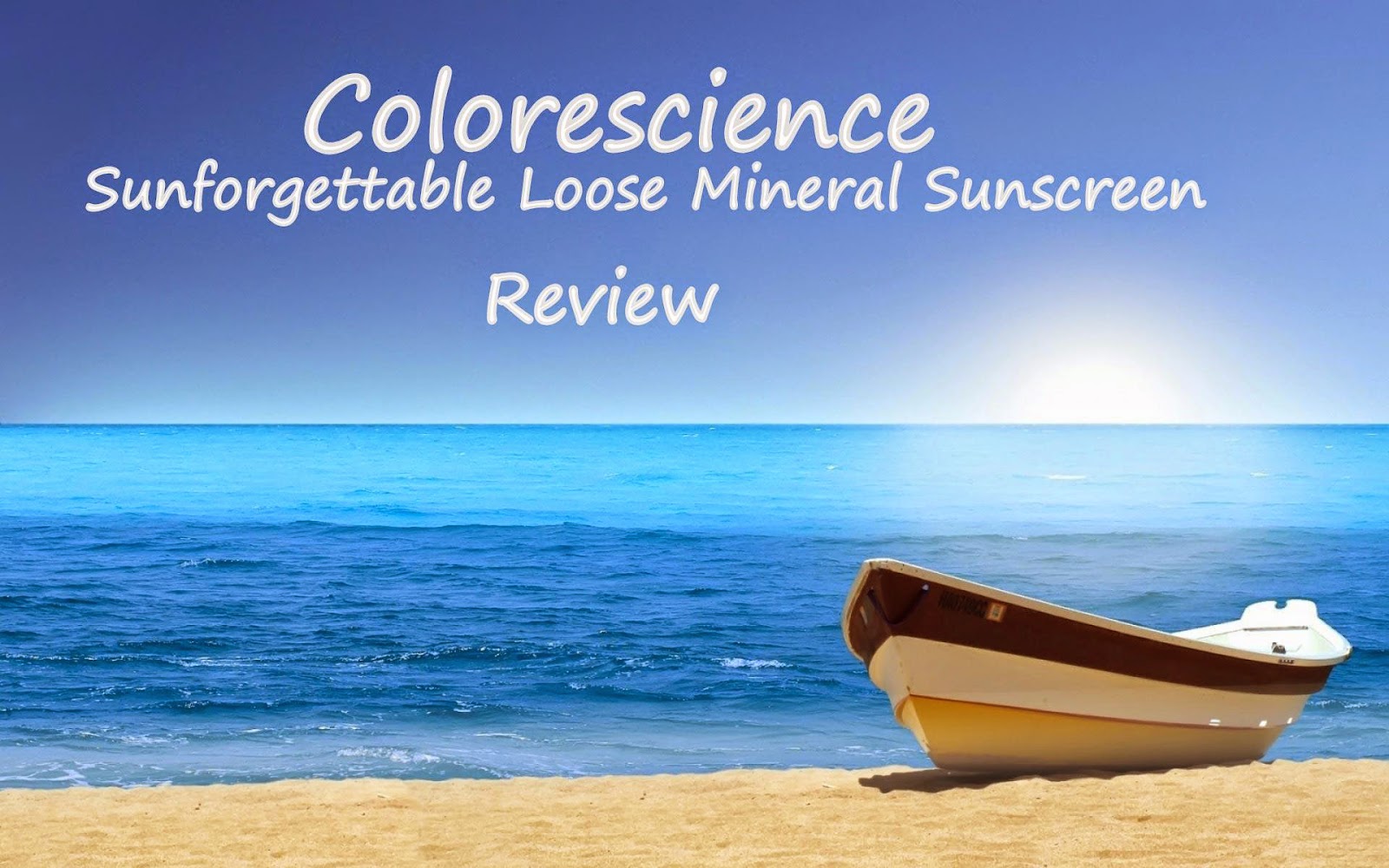 PR:While the summer time is here! We all love going around in shorts and tanktops hitting the beaches and living very active lifestyles. When wearing summer clothes, bathing suits and even our Fall and Winter wardrobes it's really important no matter what season we are in to protect our skin. Skin Cancer affects more than 3.5 million people, and 2.2 million are currently showing at least one of the symptoms. One of the biggest preventions is protecting your skin by using SPF and other routines. Today I have a review on the Colorescience Sunforgettable Loose Mineral Sunscreen which is super easy to use and very benefical for you in the long run.

Hello Beautiful Fierce Dolls! I have had the wonderful amazing opportunity to meet and talk to Eddie Funkhouser. He is a veteran and world renowned makeup artist who has splashed the covers of magazines and television. His work is beyond amazing, traveling around the world and getting to work on many different beautiful people of different ethnicities. This laid the ground  for him creating his own cosmetic line that offers great high quality performing products at an affordable price, made in Italy. Now I don't know about you dolls, but go to the Higher End Prestige cosmetics at Sephora or Ulta and look where it's made, do any of the other ones say made in Italy? I don't think so, I don't own any!! and Dolls You know Cdel has loads of makeup. I had the lovely opportunity to get to ask Eddie some questions. So sit back and get to know the down to earth talented Eddie Funkhouser.